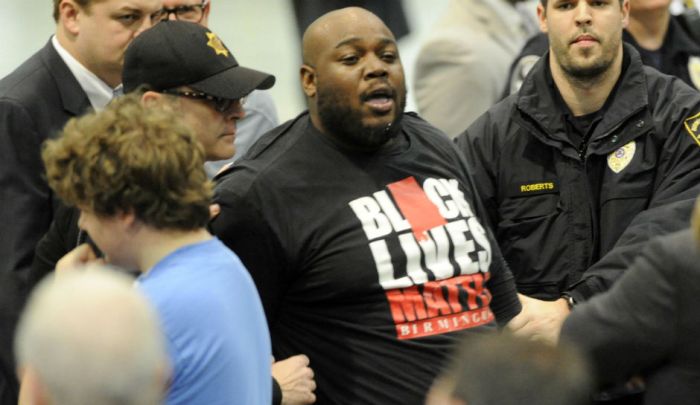 Mercutio Southall (c. 1985- ), a Black Lives Matter protester, was beat up at a Donald Trump rally in Birmingham, Alabama on November 21st 2015.

Afterwards, Trump, who is running for US president, said:

« Maybe he should have been roughed up because it was absolutely disgusting what he was doing. »

The disgusting thing he was doing was shouting « Black Lives Matter! » at a Trump rally of several thousand people (nearly all White, in a city that is 73% Black).

« Get him the hell out of here! Throw him out.”

The crowd cheered. Six or so White men began beating him up.

They told him, « Go home, nigger. » They called him and fellow protesters « monkeys »